A Note From Brandon’s Parents:

While nothing can change May 9, 2016, we have chosen to honor Brandon and his desire to help others move forward in their lives through the Brandon D. Harvin Memorial Scholarship Fund.  A ministry of It’s Time Ministries, the fund provides scholarships to youth who have demonstrated through means beyond mere academic achievement an enormous potential to make an impact for Christ upon the world.

Please help us assist more students by making a donation to the scholarship fund by CLICKING HERE.

On today, May 9, 2019, it is our honor to announce the 2019 recipients of the Brandon D. Harvin Memorial Scholarship.  Each will receive a $1,000 scholarship.  We are committed to praying for their success and look forward to the great things they will do for Christ. 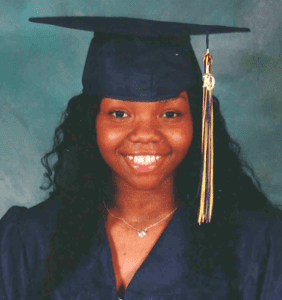 Christal Coard2019 Scholarship Recipient
Christal Coard is a graduating senior at W.J. Keenan High School in Columbia, SC. She is the daughter of Angelia and Richard Coard and is an active member of St. John Baptist Church in Hopkins, SC. Christal intends to further her education by pursuing a degree in Sociology with a minor in Music from Francis Marion University, with plans to become a social worker.

Christal is active in her church’s Music Ministry, serves as the President of the Youth Ministry, and is a member of the Young Women’s Auxiliary, in addition to volunteering with her church to feed the homeless and singing with the Wateree Baptist Association Upper Division’s Mass Choir. She also serves as a section leader in her school’s choir, is a member of the National Honor Society, National Beta Club, and Delta GEMS, and was the captain of her school’s varsity softball team.

Christal hopes to use social work as a way to demonstrate God’s love by helping families ensure they can have a brighter future. 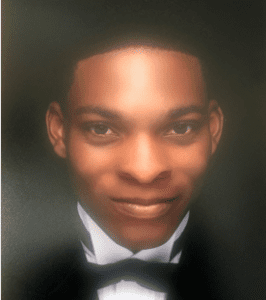 Robert J. Harris2019 Scholarship Recipient
Robert Harris is a graduating senior at Lower Richland High School in Hopkins, SC. He is the son of Cheryl Harris and Robert Harris, Sr. and is an active member of Refuge Temple Church in Columbia, SC. Robert intends to further his education by pursuing a degree in Criminal Justice from the University of South Carolina, with plans to work as an investigator for a local government or police department.

Robert is active in his church’s Youth Ministry and Music Ministry as a musician. He serves his community as one of the first members of the Lower Richland High School Firefighter program, in which he got involved after learning about the shortage of firefighters in his community. He has also been involved in JROTC, Richland One’s Superintendent Advisory Committee, the Urban League Summer Work Enrichment Leadership Program, the LRHS Diamond Dawg Step Team, and Palmetto Boys State.

In addition to pursuing a career in public service, Robert plans to serve his community by using music as a way to encourage and minister to young people, the elderly, and others in need. He also plans to mentor young boys to help them as they grow in their walk with Christ. 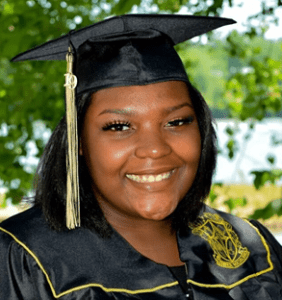 Daneeda Goodwin2019 Scholarship Recipient
Daneeda Goodwin is a graduating senior at Lower Richland High School in Hopkins, SC. She is the daughter of Tracey and Wendy Goodwin and is an active member of Saint James Baptist Church in Hopkins, SC. Daneeda will be furthering her education by pursuing a degree in Nursing from the University of South Carolina Aiken, with plans to become a pediatric nurse.

Daneeda is active in her church as a member of the Youth Ministry and as a Youth Usher. In her school, she serves as a Lower Richland High School Student Ambassador and as the President of HOSA Future Health Professionals. She is also a member of the National Honor Society, National Technical Honor Society, and Family Career and Community Leaders of America and has been recognized as the 2019 Outstanding Local Chapter Member by South Carolina HOSA.

Daneeda plans to impact the world for Christ by helping children develop and maintain healthy lifestyles, both physically and spiritually.